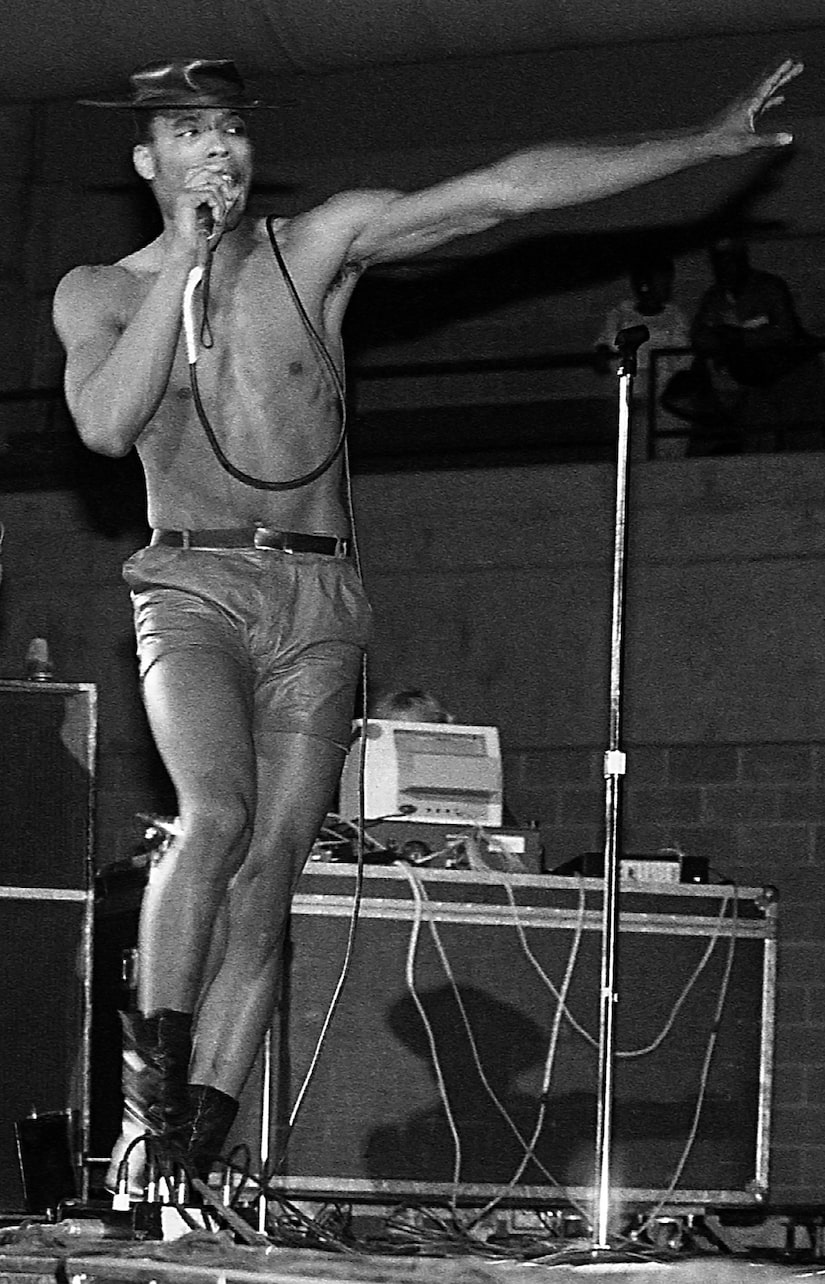 John Fletcher, who under the name “Ecstasy” was a founding member of the influential early hip-hop group Whodini, died Wednesday in Atlanta at 56, The New York Times reports.

His daughter confirmed his death, for which no cause has yet been determined.

Fletcher was born June 7, 1964, in Brooklyn, growing up in the Wyckoff Gardens projects. He came together with rival rapper Jalil Hutchins to attempt a theme song for local radio DJ Mr. Magic. The resulting tune earned the duo a Jive Records contract in 1982, which in turn led to their Thomas Dolby-produced debut track, “Magic’s Wand” — the first rap song with a music video — and the Halloween-themed “The Haunted House of Rock.”

Fletcher and Hutchins added Drew “DJ Grandmaster Dee” Carter to the mix, and the trio offered a groundbreaking mixture of rap and R&B, used breakdancers in its live shows, and in Fletcher had an early sex symbol in the field. Fletcher’s melodic rapping made him a stand-out, as did his signature flat-brimmed leather hats.

In 2018, Fletcher described how he put together his signature look after he and his twin brother Dynasty spotted a gaucho outfit in a store window and had a version custom-made in leather.

“I had the leather shorts, I had the boots — at the time, in the early ’80s, it was the style. We made it the style!” Fletcher insisted, laughing. “I get clowned now when people see those pictures.”

Whodini’s only single to achieve Hot 100 status was 1984’s “Friends” with “Five Minutes of Funk” on the B-side, but half of its six studio albums went gold or platinum, including 1984’s seminal “Escape.” The group’s music has been widely sampled by a variety of big names, including Nas and Lauryn Hill on “If I Ruled the World (Imagine That)” (1996).

In its heyday, Whodini toured with LL Cool J, Run-DMC, and the Fat Boys, and were managed by Russell Simmons. In recent years, the group has been honored many times over as originators.

Ice T tweeted of Fletcher, “I lost another friend today.. Ecstasy of the group WHODINI passed away. WHODINI were the 1st big NY group to personally show me love.. Man!!! My sincere condolences go out to Jalil, Grandmaster D and Ecstasy’s family..”

Public Enemy’s Chuck D recalled, “1987 I entered the @Defjam tour w PE. I tended to be nervous looking at 15000 fans in front of me every night. There were 2 MCS that directly mentored my calm that summer. 1 was @RealDougEFresh the other was Ecstacy of Whodini. Always there to reassure w advice  tips #RestInBeats.”